The first publisher this story was offered too, refused. He thought the sort of people who would like this sort of stuff would not actually buy a book. Not a smart move.

Wilhelm Busch had had a slight falling out with his previous publisher, Braun, who had used many of his drawings in a magazine. Pretending everything was fine, Busch wrote to him, suggesting a serialisation. Braun however decided on a book, paid a handsome fee for all the rights and thus secured a little gold-mine for his company, as this title, starting slowly, went on to sell millions of copies. There also were many international editions – including Japan in 1887. Unfortunately any translation only scratches the surface of Busch’s hugely entertaining language. More or less every single line of text is unexpected, is a bit ‘off’ or different from what the straightforward way of saying the same thing would be. Which is why Busch still is the most quoted author in German, similar to Lewis Carrol in England, whose ‘Alice in Wonderland’ curiously appeared in the same year, 1865.

‘Max und Moritz’ works on several levels. It’s a clever satire on the prevalent moralizing childrens books of the time, but the main reason for the great success and eventual comics-historical influence was the sheer pleasure of watching smug, self-satisfied, stupid (and eventually homicidal) ordinary people becoming victims of very naughty anarchic trickery. Children of course adore this, even if they know full well that such behaviour is really not on, that it’s just as unreal as the grotesque ‘punishment’ at the end.

Fortunately the two scoundrels did not in fact die, but sprang back to life in the hands of the superbly talented, 20 years young Rudolph Dirks. He was asked to revive the continuously popular Max and Moritz book as a newspaper comic, in order to appeal to the large German immigrant community. Dirks, who had spent his childhood in exactly the sort of Northern German background lampooned by Busch, was the perfect man to deliver. His ‘The Katzenjammer Kids’ became the first regular sequential comic strip. It also was one of the best, longest running and most influencial.

As you can see, Brits have been keen sportsmen then as now. Here are 25 comics by Fougasse from the collection ‘A Gallery of Games’ 1922, Methuen & Co. They were first published in a variety of magazines (Punch, The Tatler, The Sketch, The Bystander, London Opinion, The King’s Highway). The artwork is already excellent, although not yet as mature and streamlined as a few years later. 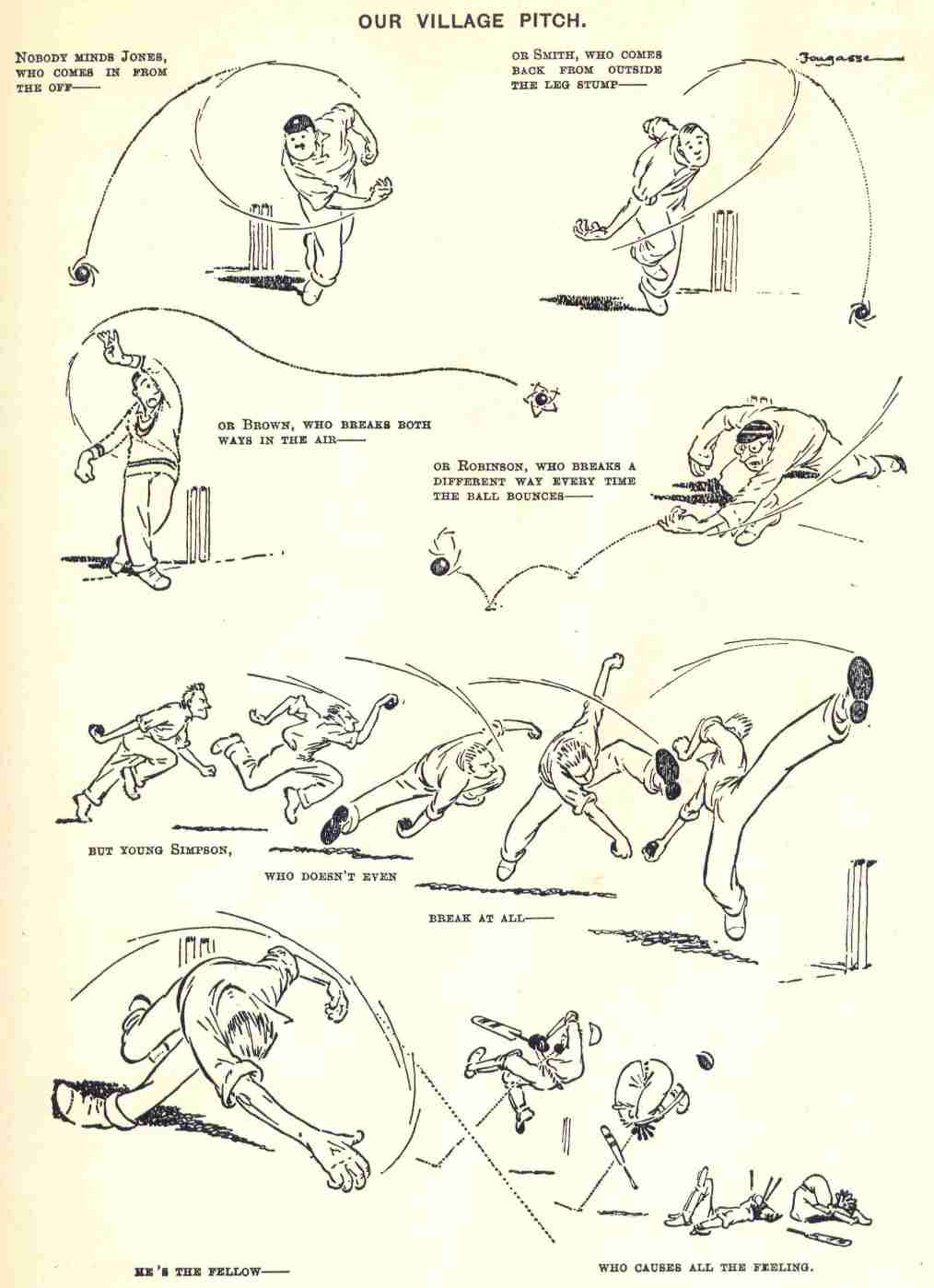 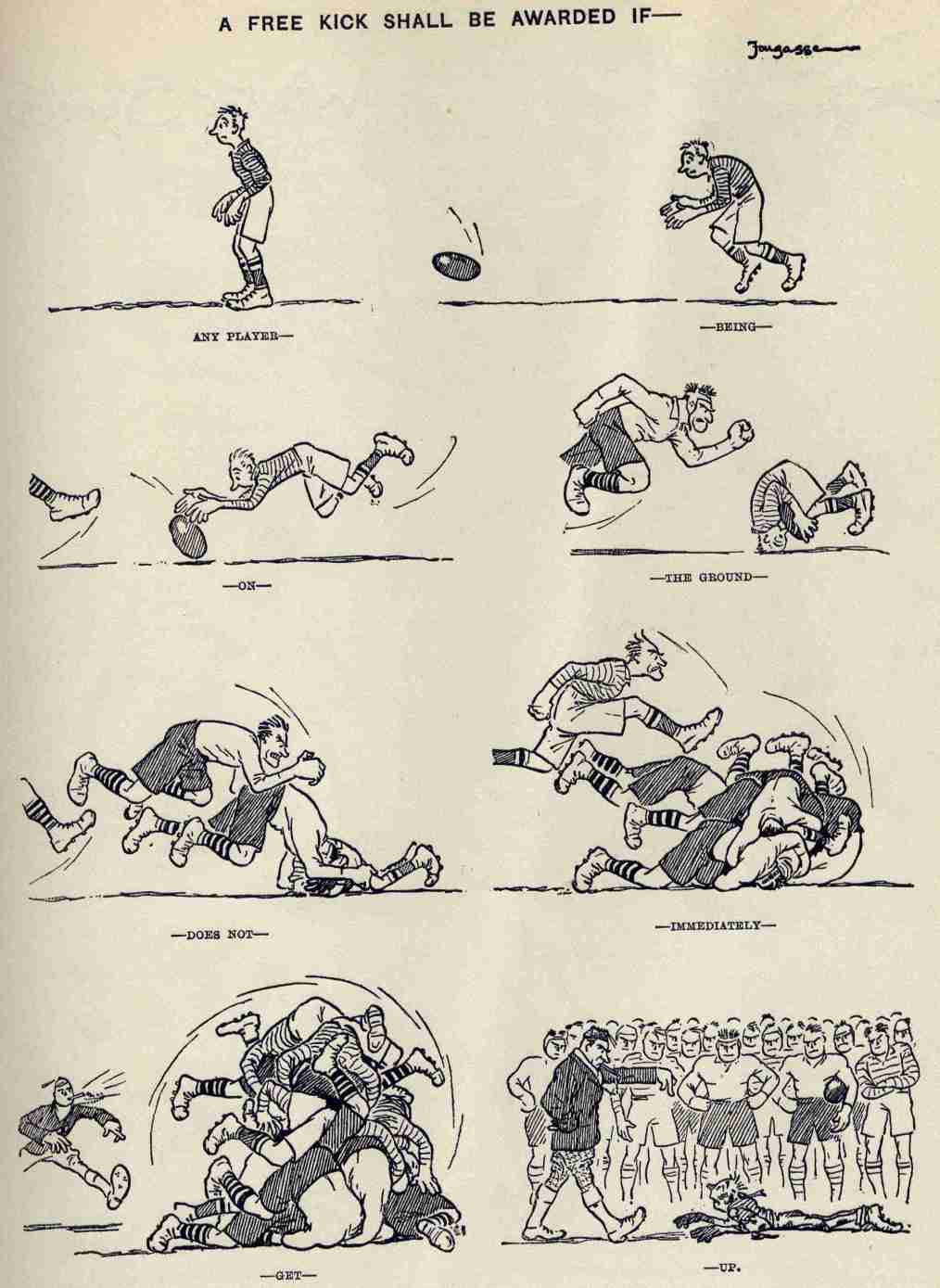 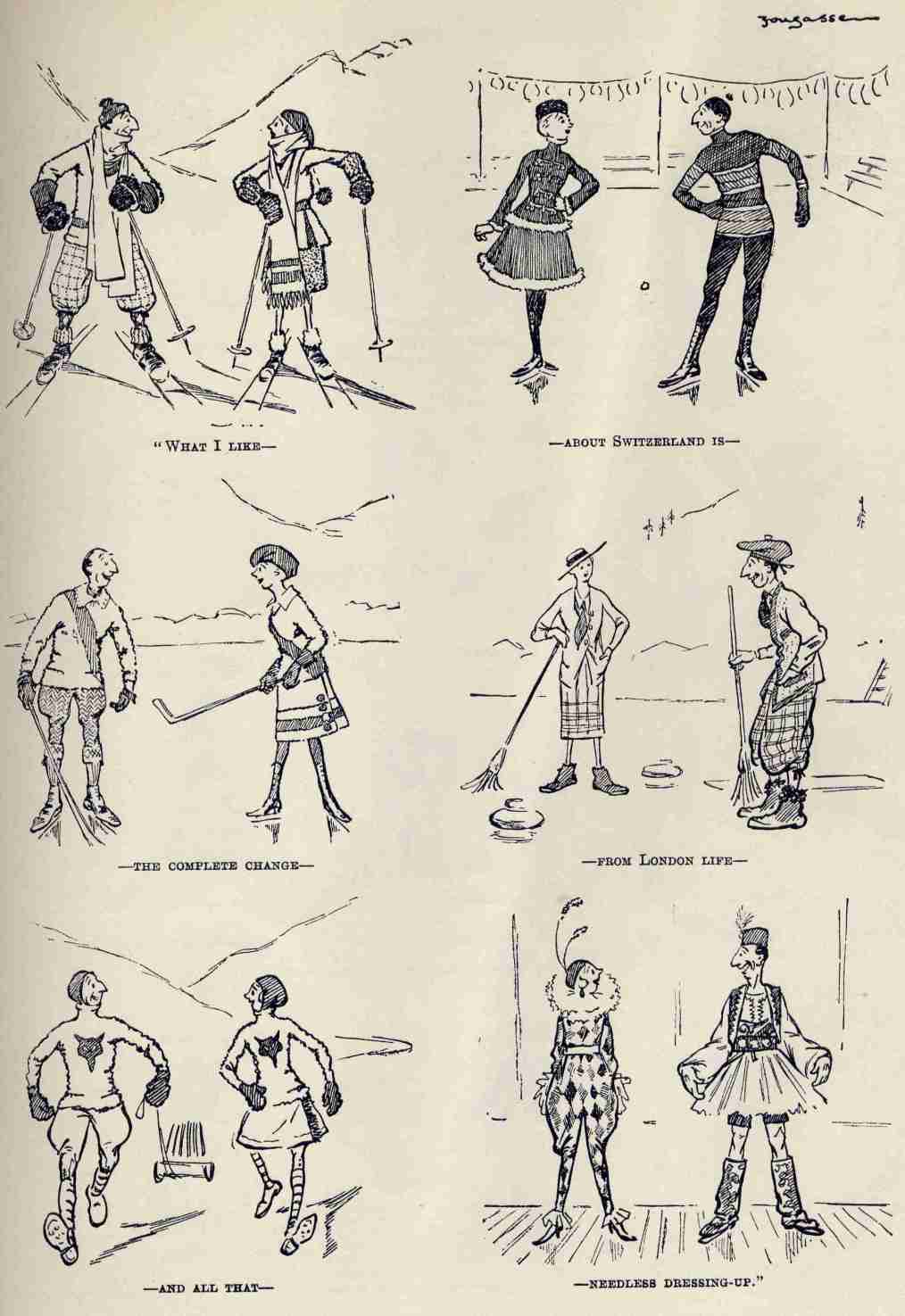 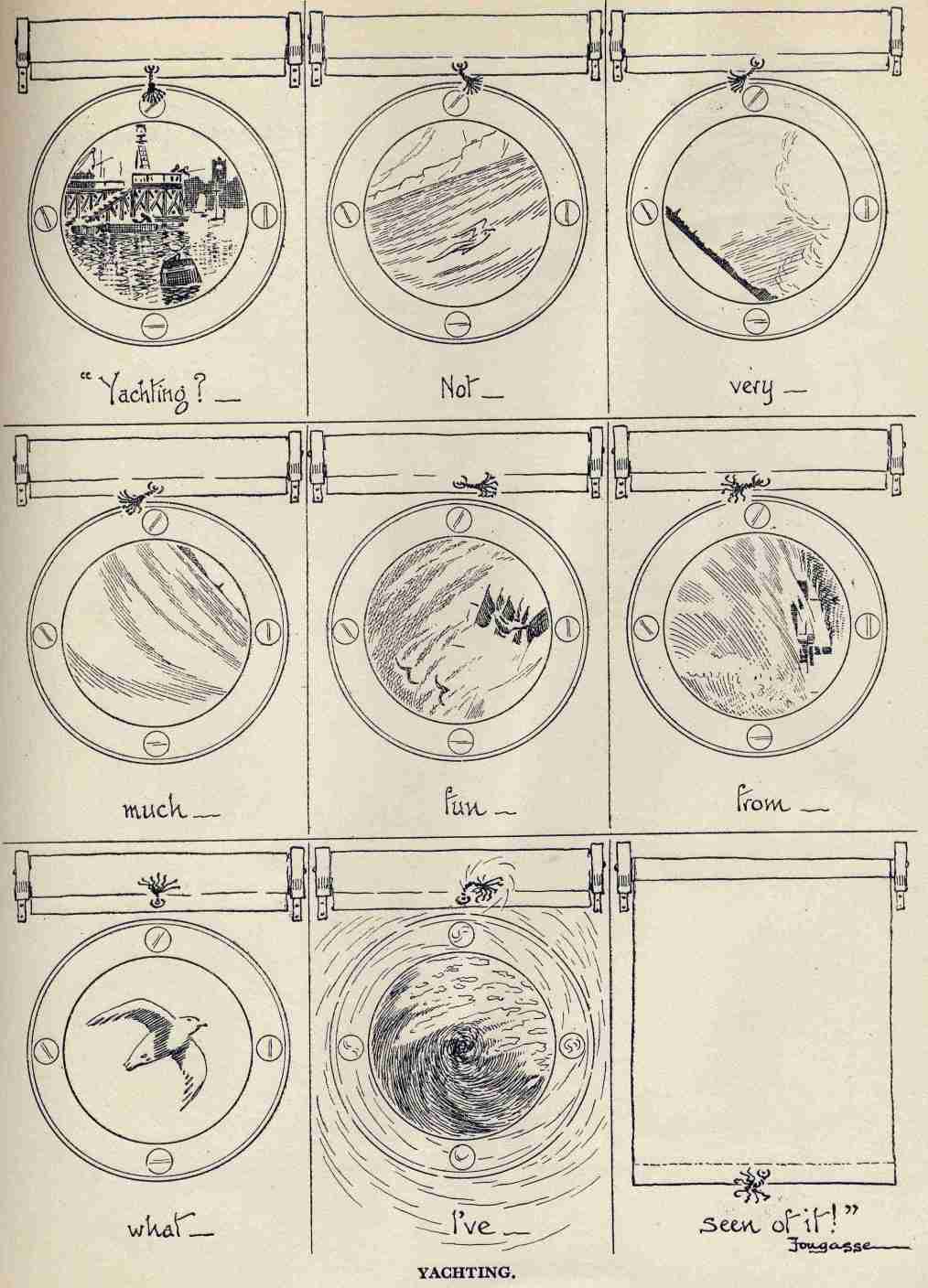 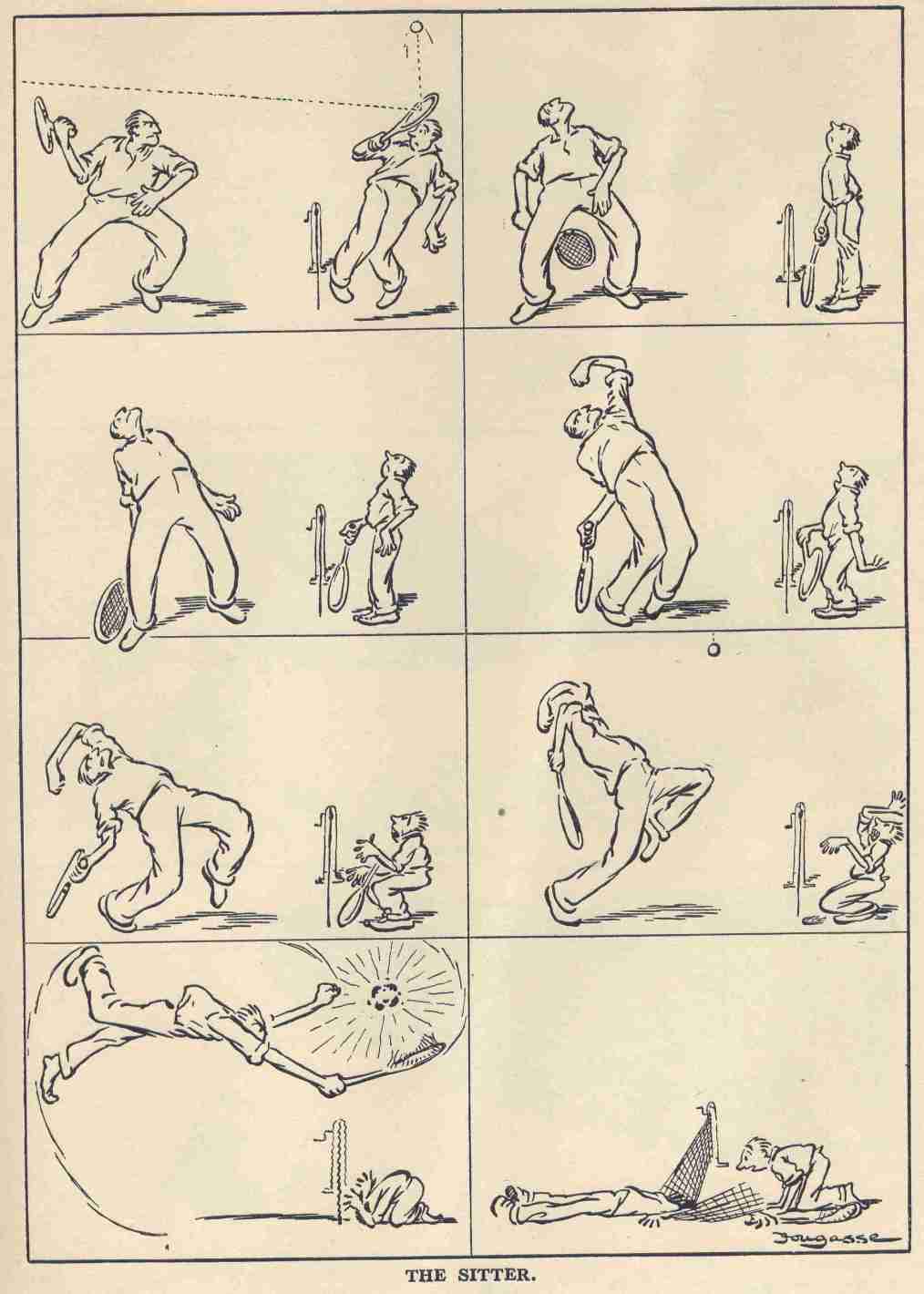 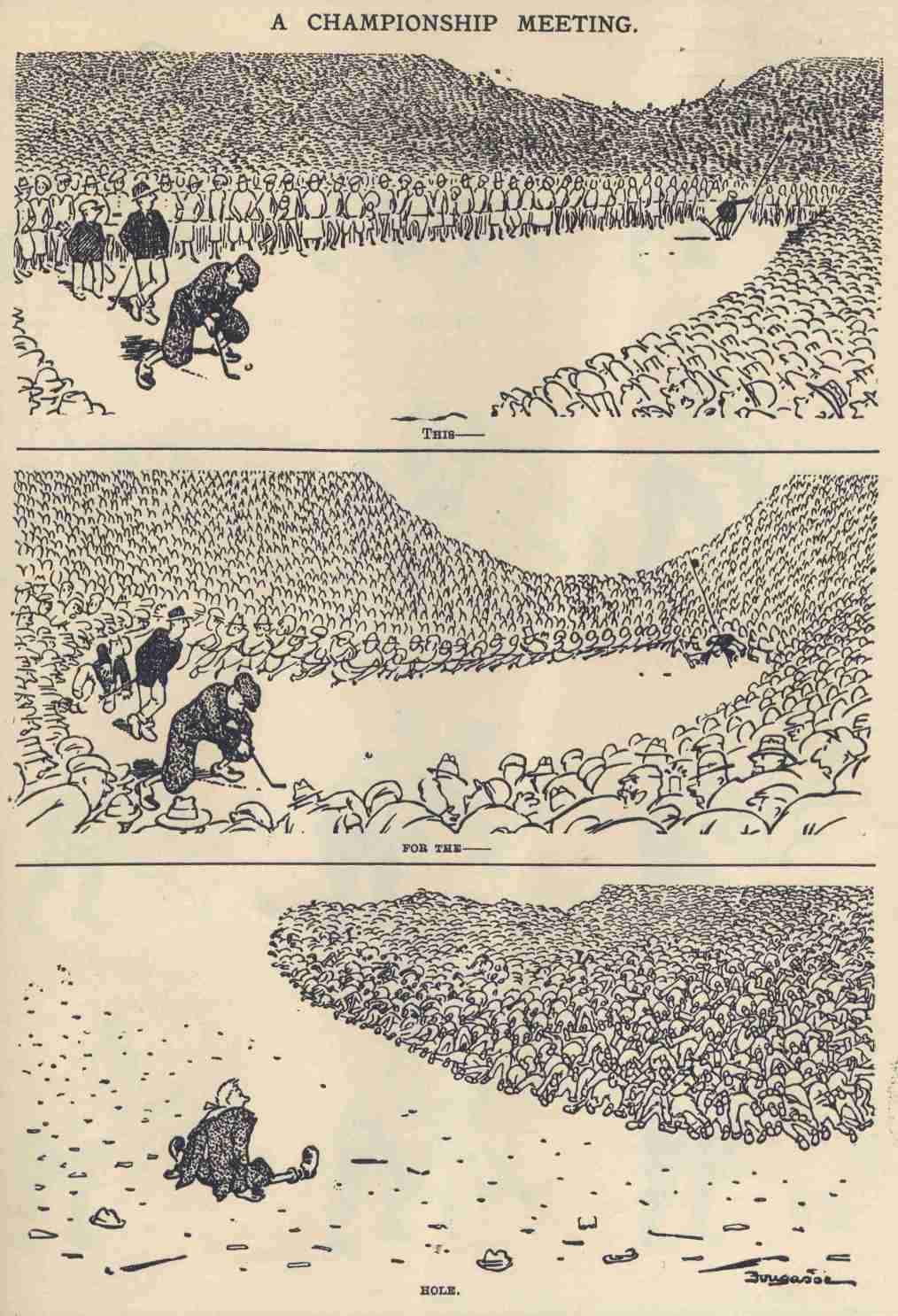 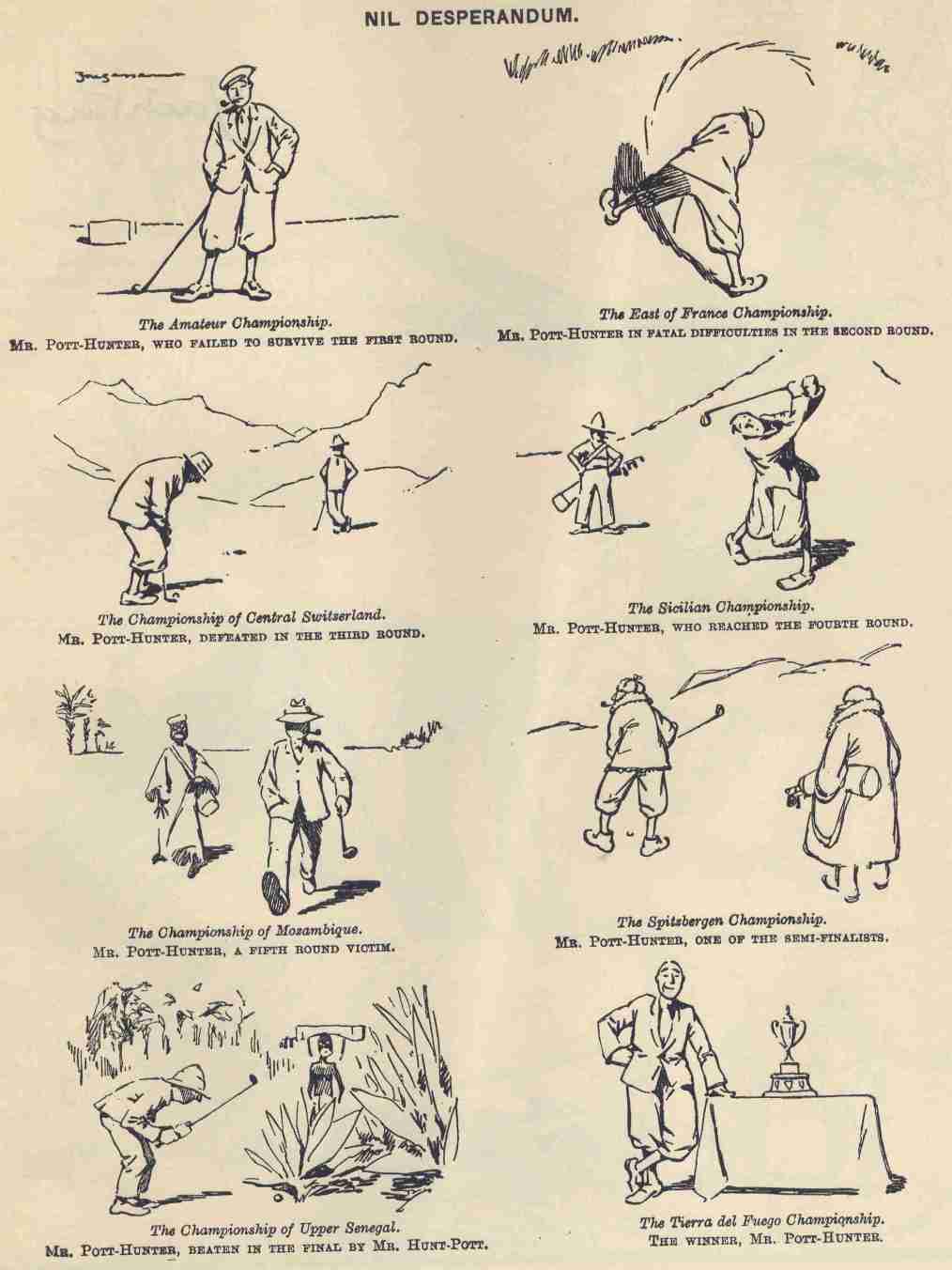 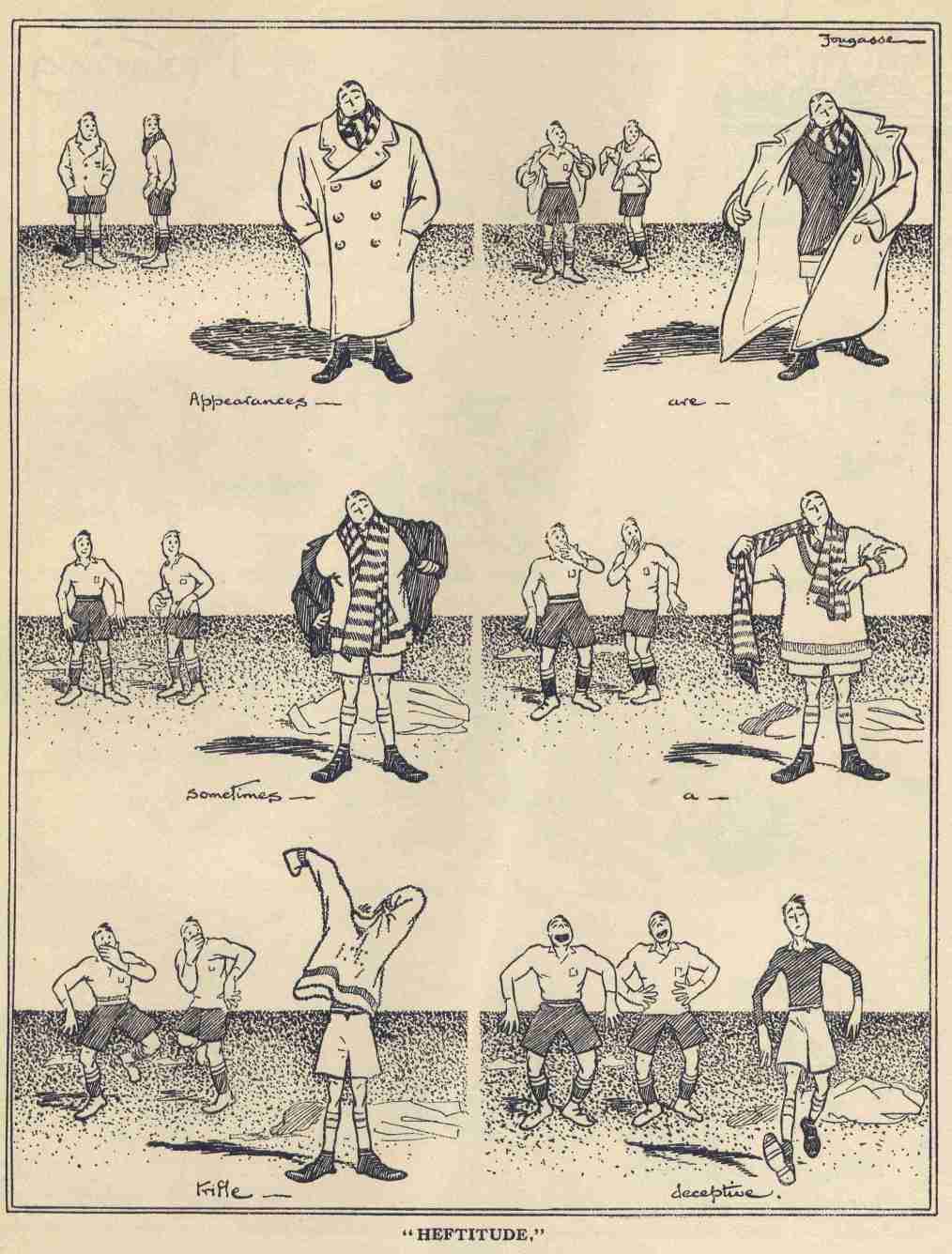 Six early strips by F. M. Howarth, who later developed a more individual style with for instance the Sunday strip ‘Lulu and Leander’. I rearranged some of them vertial, for ease of online viewing. The last one has the topical theme. See also: http://yesterdayspapersarchive.blogspot.com/2008/03/self-portrait-of-franklin-morris.html 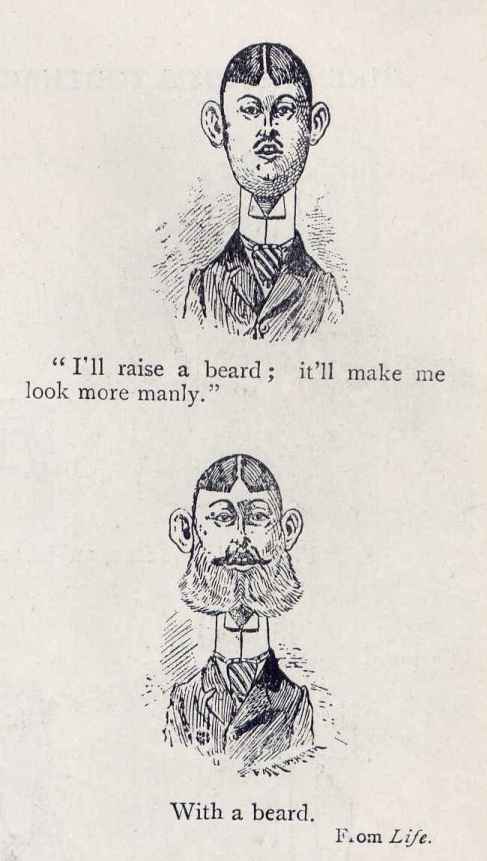